Husband and I recently went house hunting, after 2 months of search we found the perfect house and are now in the stage between sale is agreed and the house is ours. The post will talk about how to buy as a first-time-buyer, if you are looking for an investment property you might it less helpful. For husband and me is to find something that will be our home for the next 20 years.

Before you start looking for a place make sure that you know what you want, what your budget is and what you don’t want. Jim and I were looking initially at an area we both didn’t know. Later it turned out it was one of the more dodgy areas where we wouldn’t want to live at all. However, it helped us to get started and do all the necessary steps such as mortgage pre-approval, finding a solicitor etc.

Also, as we were looking for our future home, we weren’t willing to take any compromise. If the house it is too small, it’s too small, it won’t grow over time. If the backyard is overseen, it won’t change. If there is a busy road, it won’t go away. If you don’t like it don’t go for the house. If you step into a house and you instantly like it, consider it to be the one. But be careful, nice decoration and a freshly upgraded house might blind you regarding what you want and need. All houses we liked we saw 3 or 4 times at different times during the day.

There were a couple of useful web pages that I used for hunting:

Costs of a mortgage:

I spend my hang over time with my mobile, just sorting through some stuff, uninstalling unused apps, configuring etc. The Android is an awesome OS for a phone and a computer, there are only a few things I miss or I rather don’t like: the touch sense on the Xperia is a bit sloppy. It is not very accurate which gets especially annoying when typing text. The Wifi seems to turn itself off when the screen goes in sleep mode and it doesn’t come on quickly. Having Data transfer enabled it will get data via the 3G network during that time which I found out after my first phone bill. It took me some time to find how to make calls, answer calls, do texts etc – the entire phone bit is not intuitive for my liking. Ah, and it’s still Android 1.6

What I really like about the Xperia is its camera – it feels more like a camera with phone features ;) Pictures and resolution are good quality. I also like the screen, it’s clear, bright, sharp a very good contrast. And it’s huge – with the little drawback that some apps are getting stretched and look odd. And it is completely configurable, after the first week I had about 100 apps installed, a couple of home screen replacements, a couple of mail clients to test, loads of widgets – most of it I had uninstalled after a quick look.

I replaced the home screen, for that I used OpenHome Lite for a while. I eventually uninstalled it because it doesn’t support application widgets, themes were awesome but installed as separate apps. I used it for about a month. Other apps I have tried out and uninstalled after a quick look, a few clicks or a crash: aHome (pretty much the same like OpenHome), Live Home (crashed, some UI bugs), SweeterHome (looked ok), SlideScreen (not configurable and too much of an information overflow). I would want to give ADW.Launcher a try, but it supports Android from version 2.1. This as off today, an up-to-date list will be maintained here. My favorite Home screen replacement app is Home++ with a similar functionality as OpenHome plus widget support and a built in task manager :)

Some other nice little thingies:

There are also a few travel tools and social network clients I am using, I am still looking for a reliable flickr client, gallery etc. So soon more on the android, and now, make sure you have the Barcode Scanner installed and get my favorite apps on your phone: 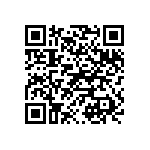 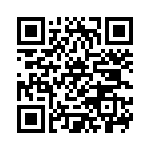 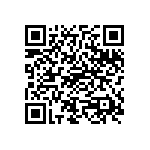 Also, I recommend to view the up-to-date version of this list